Superyacht Times
The UAE-based shipyard  Gulf Craft has announced that its flagship superyacht, the 37-metre motor yacht  Majesty 120 has started sea trials and is now expected to be delivered at the end of April. 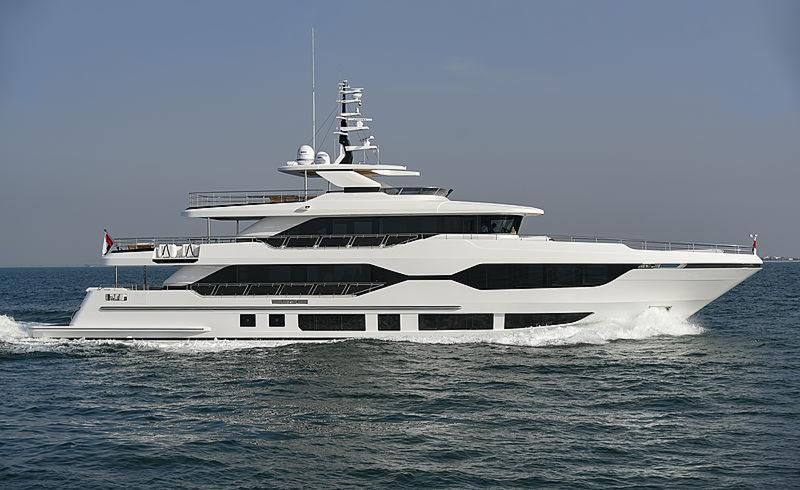 With the first sea trials putting the vessel's twin 2600 hp diesel MTU engines, Kohler generators and other fundamental equipment through their paces, the Majesty 120 will undergo further dock and sea trials beginning in two weeks' time in order to test the vessel's advanced electrical system which replaces a traditional hydraulic system. In addition, the engines and generator systems will also undergo extensive testing in the presence of MTU, Kholer and class surveyors. 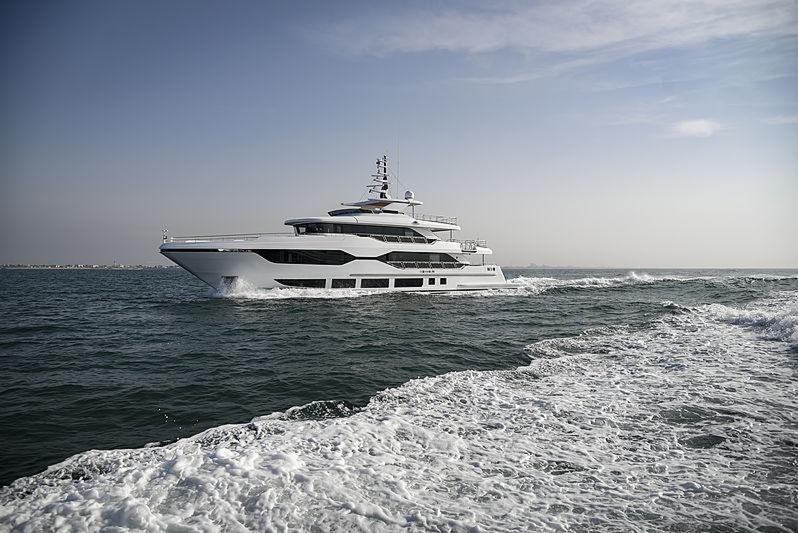 Although the vessel was unable to make her planned appearance at the Dubai International Boat Show earlier this month - as a result of the show being postponed to November due to the ongoing coronavirus pandemic - the shipyard comments that they are currently in "discussion with multiple interested parties" about the yacht. 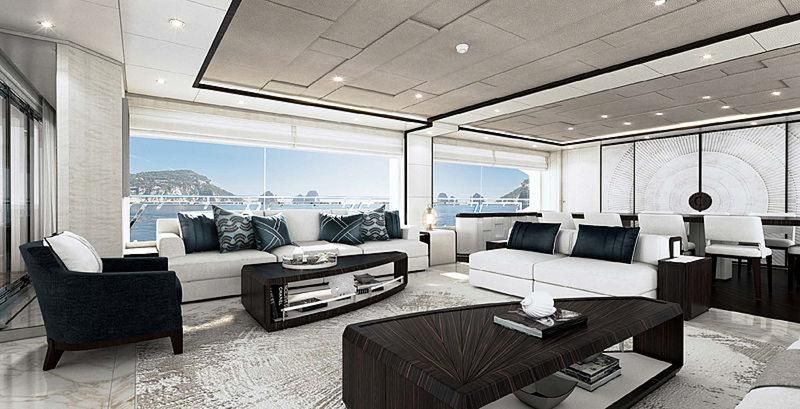 Interior design for the 290 GT Majesty 120 yacht is by the Italian studio Cristiano Gatto Design, who previously collaborated with the UAE-based shipyard on the design of the Majesty 175 and the interiors of the Majesty 140. The brief of the design was for a minimalistic style to suit international tastes and to create a modern and contemporary feel. 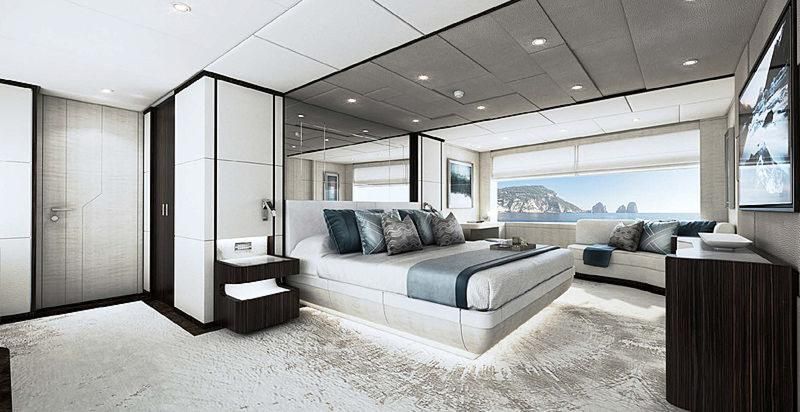 On board accommodation is for up to 10 guests across five generous staterooms in an asymmetric layout who are looked after by up to seven crew members. 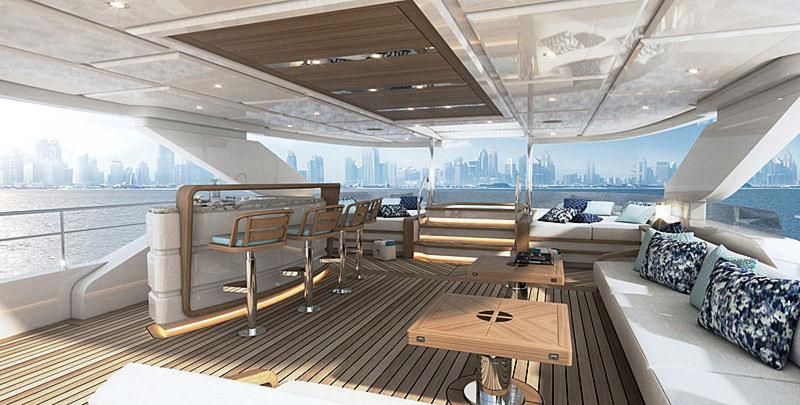 Paul Gray, Chief Operations Officer at Gulf Craft commented at the sea trials: ‘The completion of Majesty 120’s first sea trial was another successful addition to the yacht’s production milestones. The GRP and carbon fiber superyacht truly is a masterpiece and a perfect example of what the future of yacht building looks like.'

He continued, ‘Everything except for the engines and generators are electrically powered – from the fin stabilisers to the thrusters and steering, from the balconies to the passerelle.  None of the systems onboard require any use of hydraulics, this leads to a much quieter yacht that is also much more efficient to maintain.  We have listened to the market's demands for more efficiency as well as more  comfort onboard and we are confident that the Majesty 120 not only meets these demands but also represents a new era of Majesty Yachts around the world.’