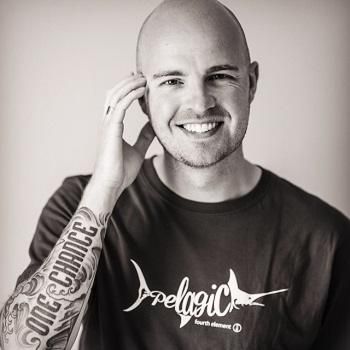 'Of Shark and Man' is a feature documentary by the award-winning U.K. based film-maker David Diley, telling the story of Shark Reef in Fiji where divers can come face to face with up to a hundred of the world's biggest bull sharks on one dive.

Shark Reef in Fiji was described by underwater filmmakers Ron and Valerie Taylor as "the best shark dive in the world." Of Shark and Man was released on June 29, 2017,  Of Shark and Man is Diley's first feature documentary and is the first in a series of films documenting the relationship between sharks and humans around the world. Of Shark and Man has received eight award nominations, winning five.